The Visolux Digital XL FHD is an advanced portable video magnifier that features a 12” TFT LCD display with touch screen interface an FHD camera, built-in stand, and many other features!

The device’s unique Dynamic Line Scrolling (DLS) feature allows the user to scroll both horizontally and vertically when on the higher magnification levels without having to move the device. Its FHD camera actually sees more than what’s shown on the screen, making reading a book or magazine easier than ever. Images can be captured and stored on a removable 8GB SD card.

The Visolux Digital XL FHD’s HDMI and USB ports allow the user the option to transmit images directly to their computer and live stream to a television screen. And its HDMI-in option allows users the ability to connect a video camera so the image from the camera appears on the screen. Its unmatched connectivity options and superior image quality make this the ultimate magnification device! 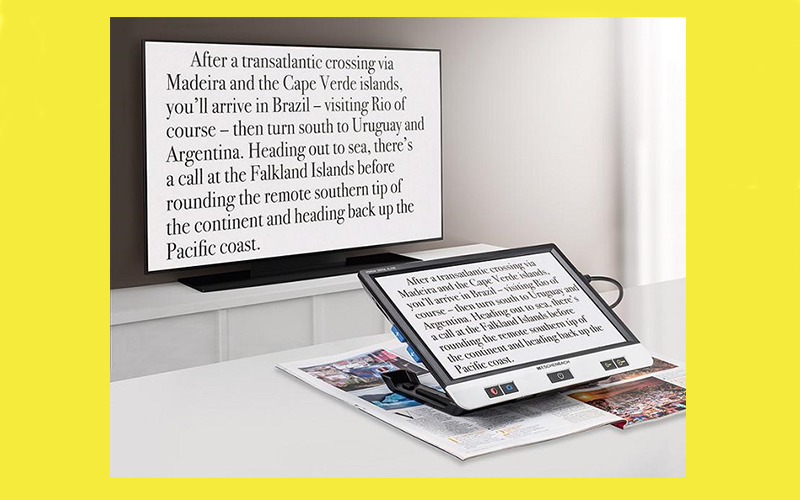 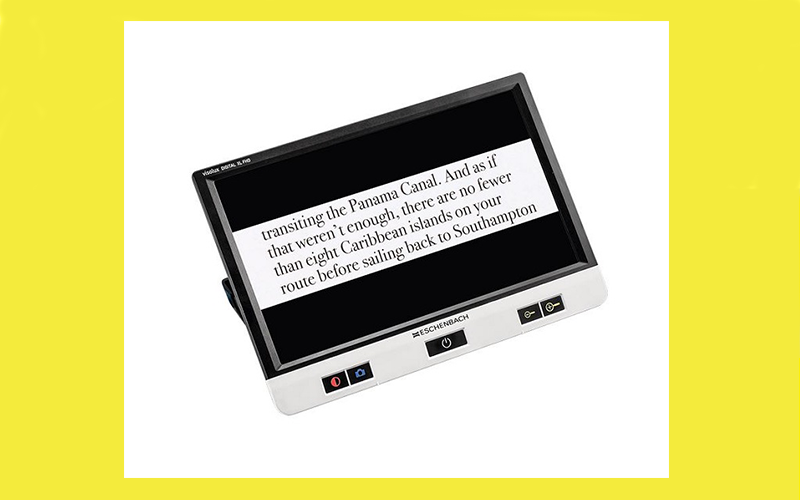